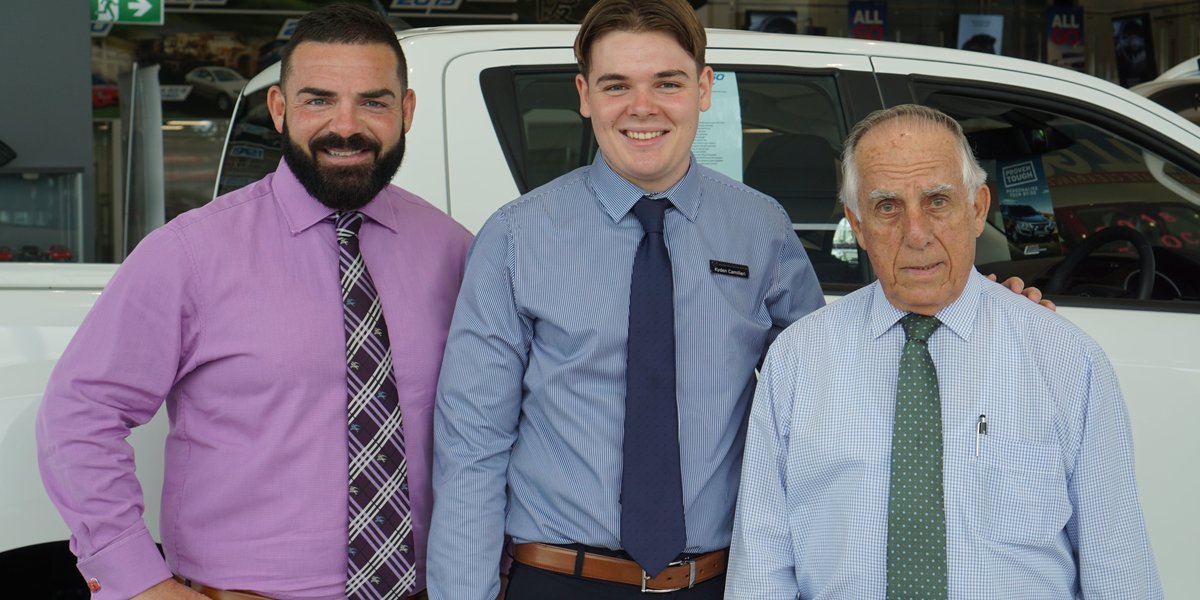 Ky, the youngest Camilleri, is just 17 – the same age his dad was when he started his Grand Prix Mazda Aspley journey 25 years ago, and Luke is excited to see if he’ll follow in his footsteps. “As a dad, I’ve gotten to know that he has a big heart and is very intelligent; so I’m excited to see him learn the automotive industry, to understand himself and learn what he’s got inside that hasn’t had a chance to come out yet”. Starting a new job can be daunting for anyone, but it’s a little different when you share your workplace with your Dad and Grandad. “Things have gone even better than we thought, actually!” Says Luke. “I was probably more nervous about him starting than he was, but the smile hasn’t come off his face yet. I love his energy, it’s great to see.”

So how does Ky feel about it all? When asked what the most exciting part of working at Grand Prix Mazda Aspley was, he had a quick answer…“Definitely driving the cars! But seriously, I love everything, every part of the job. It’s been really good so far.” Ky’s clearly had no trouble picking up the Grand Prix Mazda Aspley values with his two best role models around. “It’s such a blessing, having my Dad and Grandad around. It’s so good to be able to come to work and see them here. I’m really lucky – everyone’s been so welcoming, I couldn’t have picked better people to work with.”

From our family to yours, we invite you to drop in to Grand Prix Mazda Aspley, meet the Camilleri’s and see what our friendly sales team can do for you. We’re not like most dealerships – but don’t take our word for it, come in and find out for yourself what sets us apart.

Previous
Back to Blog
Next